Creating the ‘Monsoon Blossom’ with a twist, takes the strainer technique one step further. Some of the most beautiful paintings have been created by pouring over a strainer, colander or similar item. When mentioned to those outside the pouring community it may seem like we have lost our minds. It’s a beautiful kind of crazy. The amazing patterns that form as you slowly and methodically add color are the only thing needed to convert even the most cynical observer. Personally, I love that part!

wax chips in your painting

“Monsoon Blossom” starts with a black canvas covered in a thin layer of black paint. This was my first time using a black canvas, so I wanted to play it safe by only using a black liquid base—next time I will be braver. I picked these up at Michaels, a two pack of 12×16 Artist Loft Black Canvas for $10.99. I used what was officially called a can colander, but I just can’t seem to call something the size of a soup can, a colander, so it will be referred to as a strainer.

I placed the strainer right side up on the wet canvas—I had it in the middle, but that’s up to you. Next, add half an ounce to one ounce of Titanium White to the middle of the strainer. There should be just enough to cover the bottom of the strainer, that will then start to slide through the side openings. Paint to Floetrol ratios are listed in the supplies. 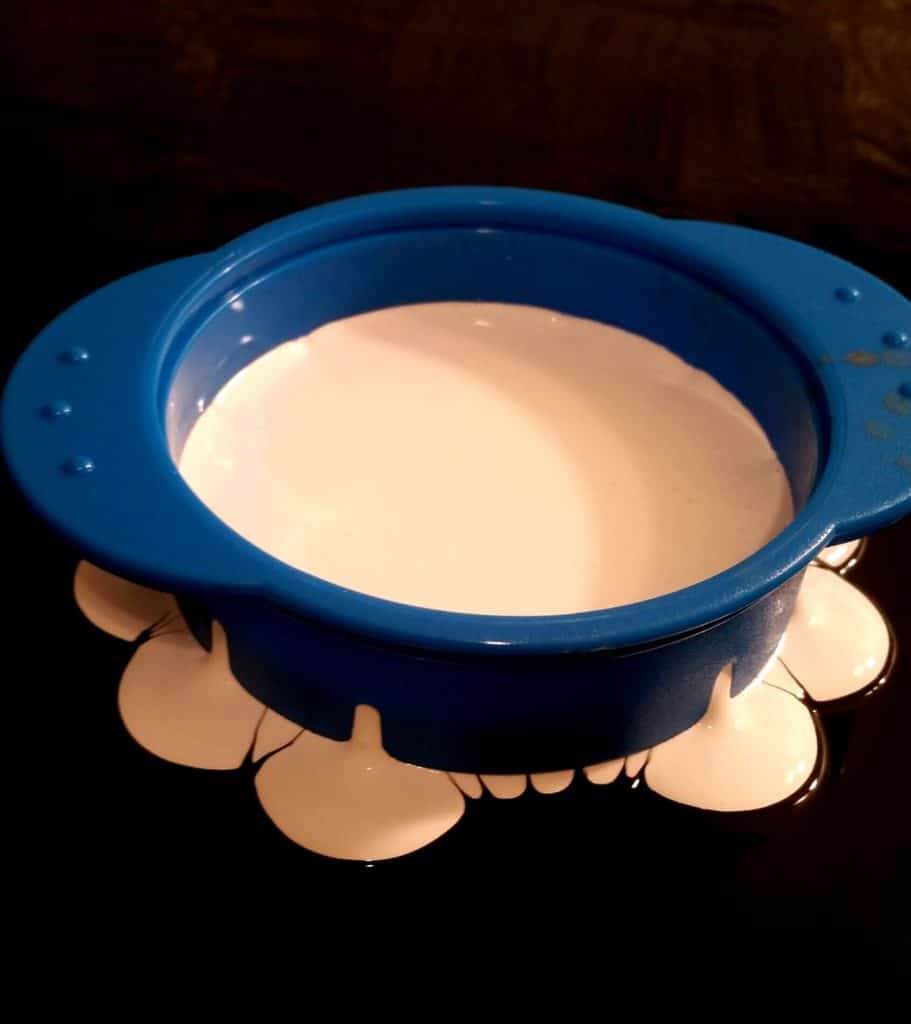 Instead, pour each color (individually) into the strainer. After adding the first layer of white, I poured the remaining paints in the following order (I did not repeat the sequence): 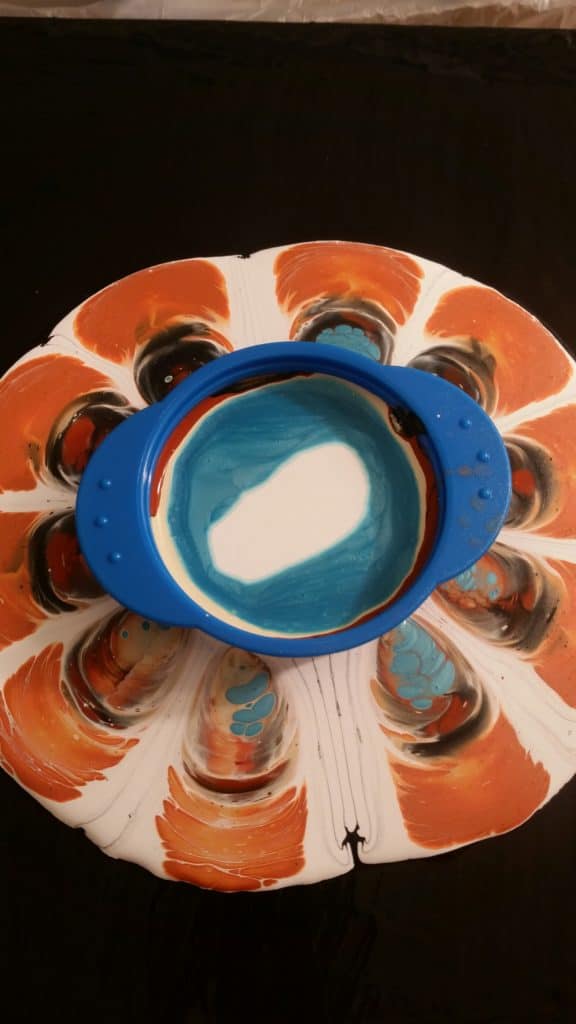 Silicone is used in the Aquamarine only, as you will have cells form with the Titanium White and Unbleached Titanium. Then the drizzling and use of varied weighted paints aides in the lacing throughout the piece.

Let the pour sit and continue to ease out the sides of the strainer, creating the patterns, cells, and lacing. Wait until no more paint is coming through the sides. Don’t worry if there is still some paint in the bottom of the strainer.

Now for the twist—make sure the strainer stays on the canvas while you turn it one full twist of the wrist, basically 180 degrees. Next, slowly lift straight up and place your hand under the strainer to catch any drips while removing from the canvas. 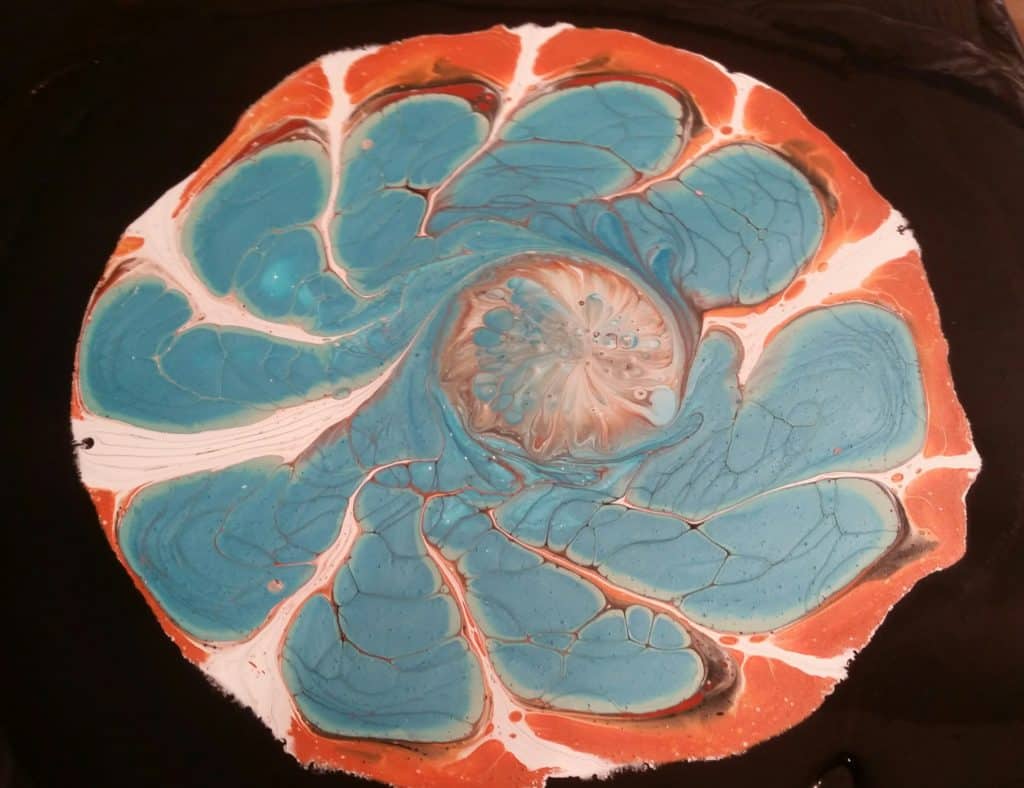 Start tilting, being careful not to over stretch your cells or (if you want them) the petal forms.

Tip: tilt in a circular motion if you want to keep it more centered on the canvas. 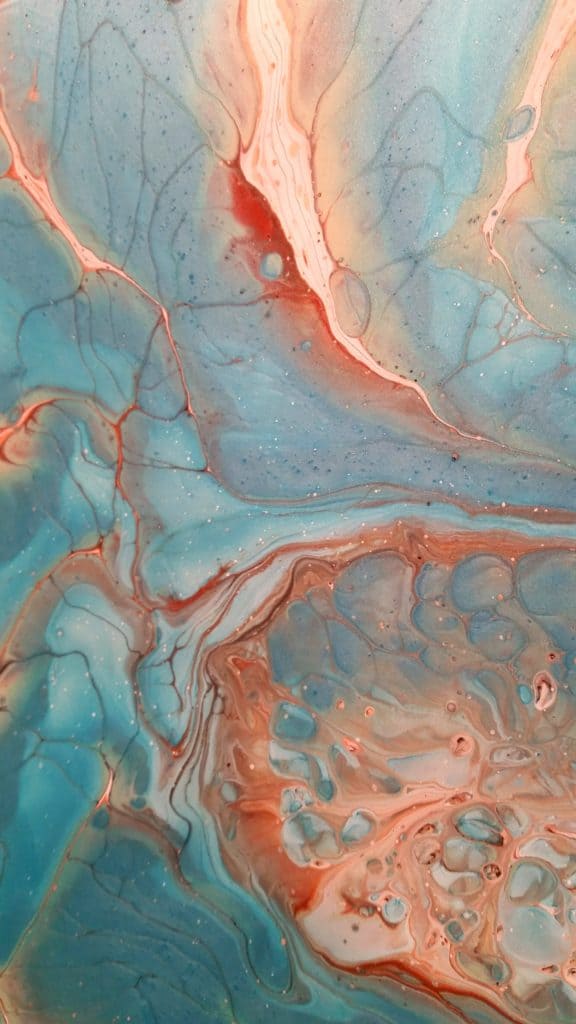 I wanted some black negative space, but if you don’t, you can add more paint in your initial pours, increasing each by just a small amount, it won’t take much. This will change your final painting a bit, but as you know, nothing turns out exactly the same anyway. No worries, it will still be amazing, including tons of lacing and beautiful colors. 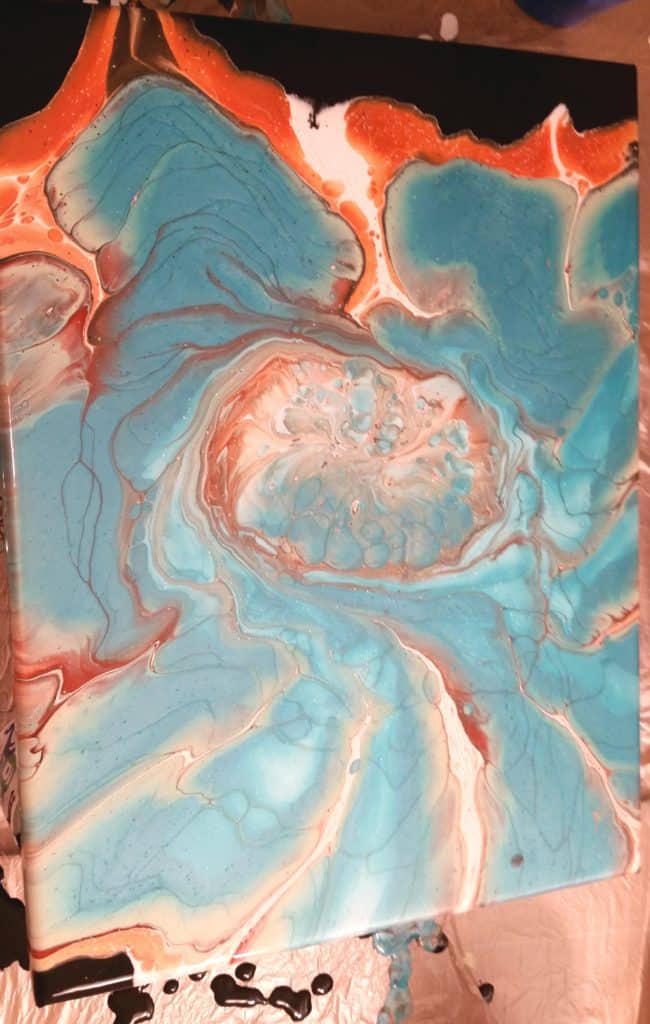 Beauty is created in all colors, and through experimenting with a variety of techniques. Never be afraid to try something new. Pour on, my friends!

Since she began creating art in 2007, Tina Swearingen’s focus has evolved from repurposed conceptual art into the creativity and flow of acrylic pouring. Her pours are inspired by the movement and colors of Southern Arizona’s amazing thunderstorms, and the majestic beauty of the Pacific Northwest, which she now calls home.

10 thoughts on “Strainer Pour With a Twist: the Monsoon Blossom”