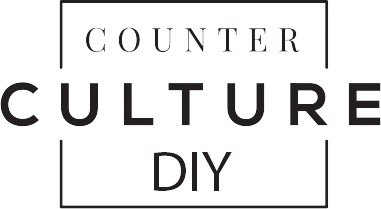 I’ve had the opportunity over the past several months to use one of the most popular resin brands currently on the market – Counter Culture DIY’s Artist Resin!

Counter Culture DIY is an art supply company based out of Joplin, Missouri. A trip to Counter Culture’s website is a resin artist’s dream. They sell everything an artist needs to create beautiful geodes, ornaments, even little trinket trays. The vast selection of colorants and glitter and a wide variety of other embellishments like crushed glass make this an actual one stop shop for everything resin and vibrant.

Aside from Counter Culture’s extensive product lineup, I also like to research a company’s ethics before purchasing from them. Counter Culture has a very positive social media presence, and they make it a habit to support their artists by sharing their work and hosting giveaways frequently – that’s the type of company I like to support!

Counter Culture sells a few varieties of resin to fit different needs, and before you get started, you’ll want to understand the differences between the resins before you buy. Your decision is going to be based not so much on price, since most of the resin types cost the same, but on what you’re using it for. 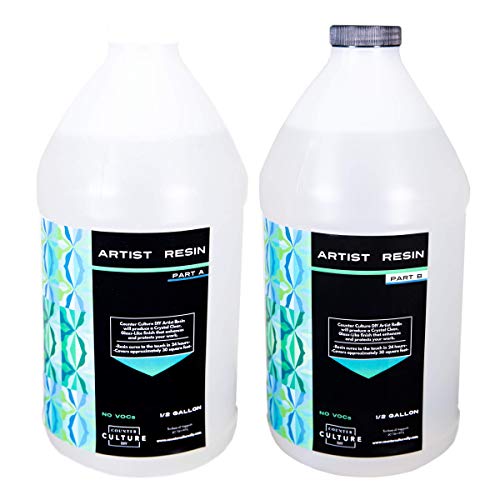 This is what I’ve been using personally, and I’ll refer to this as Counter Culture’s “standard” resin since it’s very versatile. According to Counter Culture’s website, Artist Resin can be used for a variety of projects, such as tumblers, artwork sealing, and resin trays. It is also heat resistant up to 500 degrees, and cures in 24 hours. 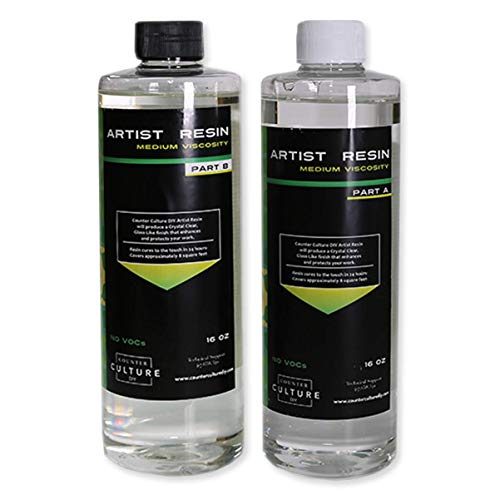 The Medium Viscosity resin isn’t thoroughly explained in the product description, but Counter Culture notes that it is recommended for use on countertops, geodes, coasters and other projects that need a durable finish. Like Artist Resin, Medium Viscosity is heat resistant up to 500 degrees and cured within 24 hours. 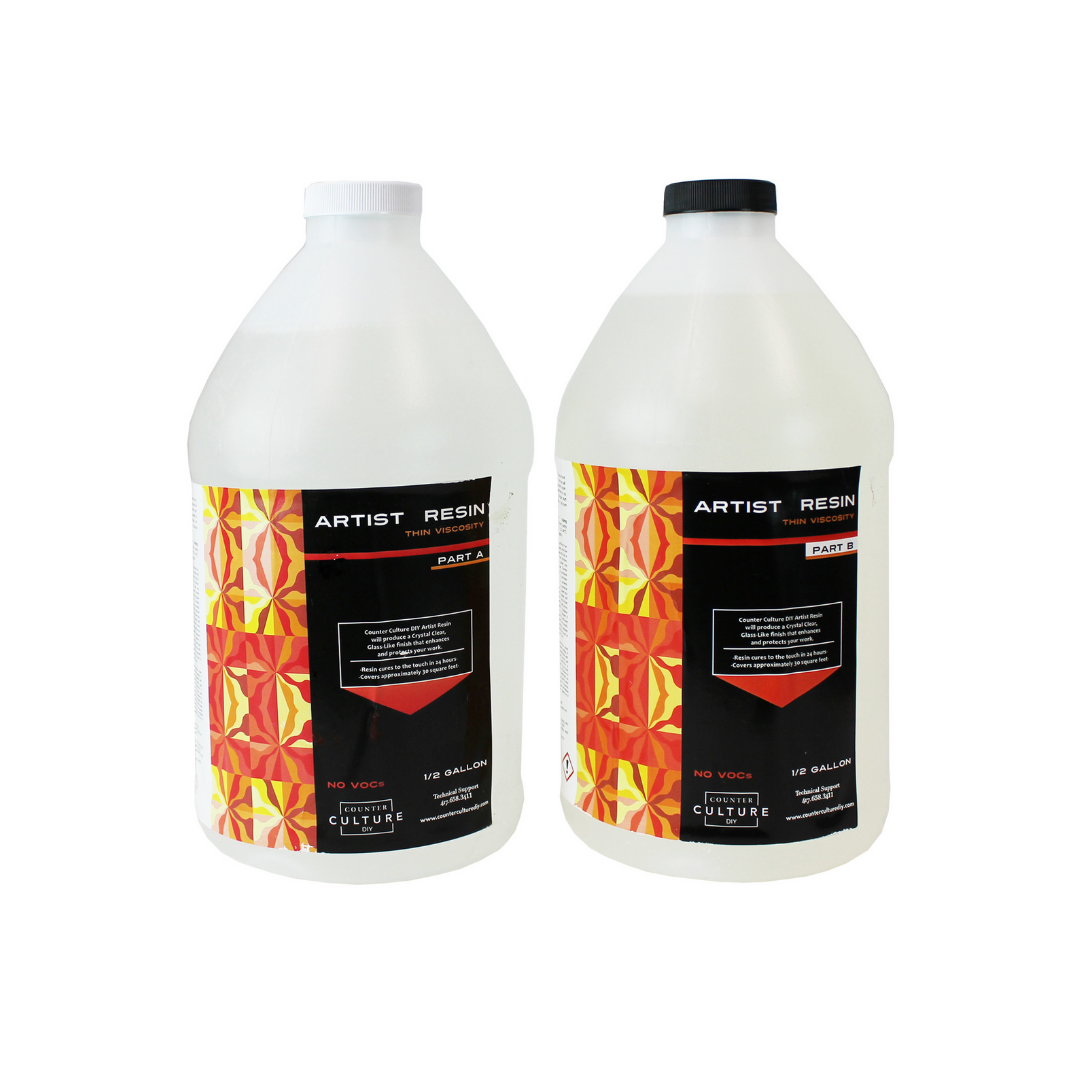 Counter Culture DIY recommends their thin viscosity resin to artists creating coasters, trinket dishes and trays, and also claims that there are less bubbles present with the thin viscosity. Because of the thinner viscosity, Counter Culture does not recommend using this resin on tumblers. They also note that heavy glitters may sink a bit more than usual in Thin Viscosity, and recommend using lighter glitter if you’re looking for a more even suspension. 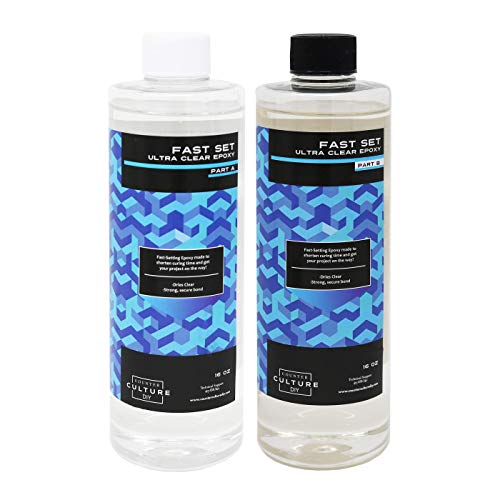 The name says it all – this is a fast curing resin! Counter Culture DIY recommends Fast Set for use in sealing artwork, but does specify that it may amber faster than standard resin. Because of this, Fast Set isn’t recommended for pieces with a light color base, or that are going to be exposed to constant sunlight. 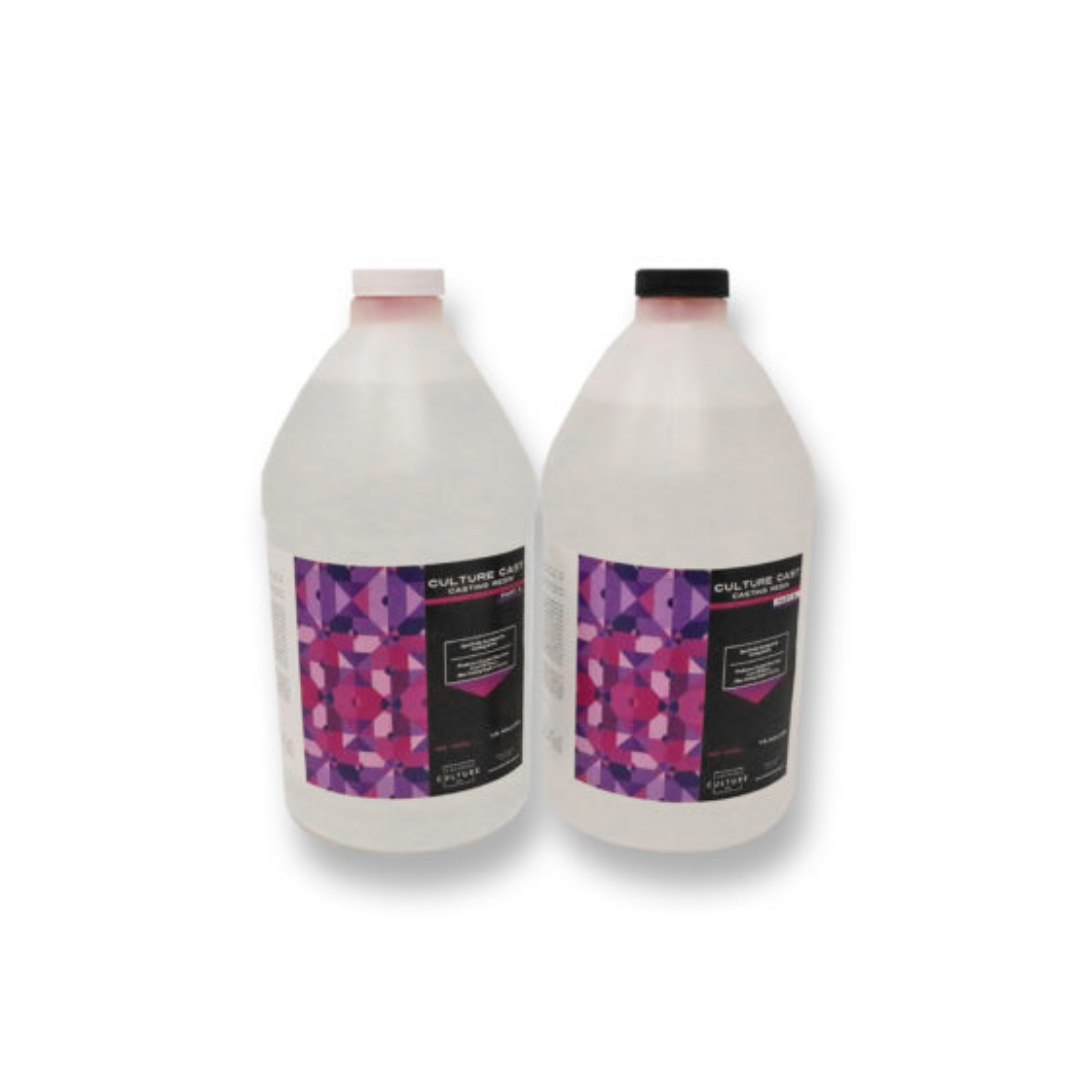 Culture Cast Casting Resin is recommended for use with deep molds – you wouldn’t want to use this to seal artwork, as it will remain flexible if it’s too thin. This should be your go to for preserving flowers and other items too!

I decided to really put the Artist Resin through it’s paces and used it to both seal and cast multiple pieces.

I live in the northeastern US, and for about 9 months of the year, it’s under 70 degrees, and for about 6 of those months, temperatures can vary from 50 degrees to 30 below zero! Even though my studio is inside of my home, it can still get a bit chilly in the colder months, depending on whether the sun is out; on average, it’s about 68 degrees. 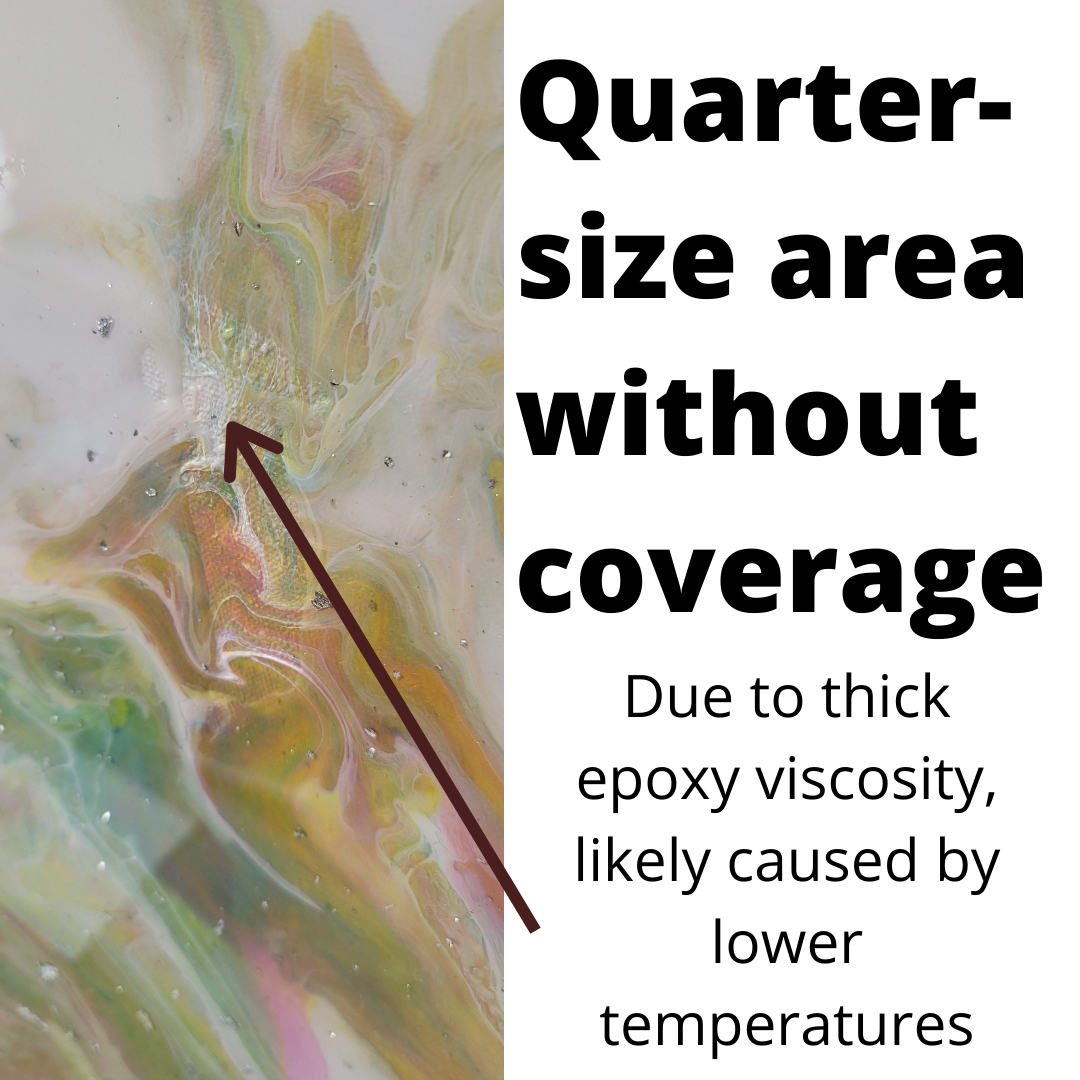 I mention this because most resins need to be worked with at a temperature of at least 68 degrees in order to function properly. I wanted to try using Counter Culture DIY resin in a few different conditions, so for the first piece, I didn’t add any extra heat to my studio and left it at the average 68 degrees.

My initial observation was that the resin and hardener were very thick. Part A (the resin) was the consistency of a cool molasses, which made it very difficult to mix. After mixing, the resin was still quite thick, and was very hard to spread on the painting. I also noticed that, because of the thickness perhaps, there were a lot of bubbles. I allowed the piece to cure and the clarity is great, but the process was less than enjoyable because of the thick consistency of the resin. Additionally, I noticed some bare spots on the canvas, most likely because of the difficulty in spreading the resin. 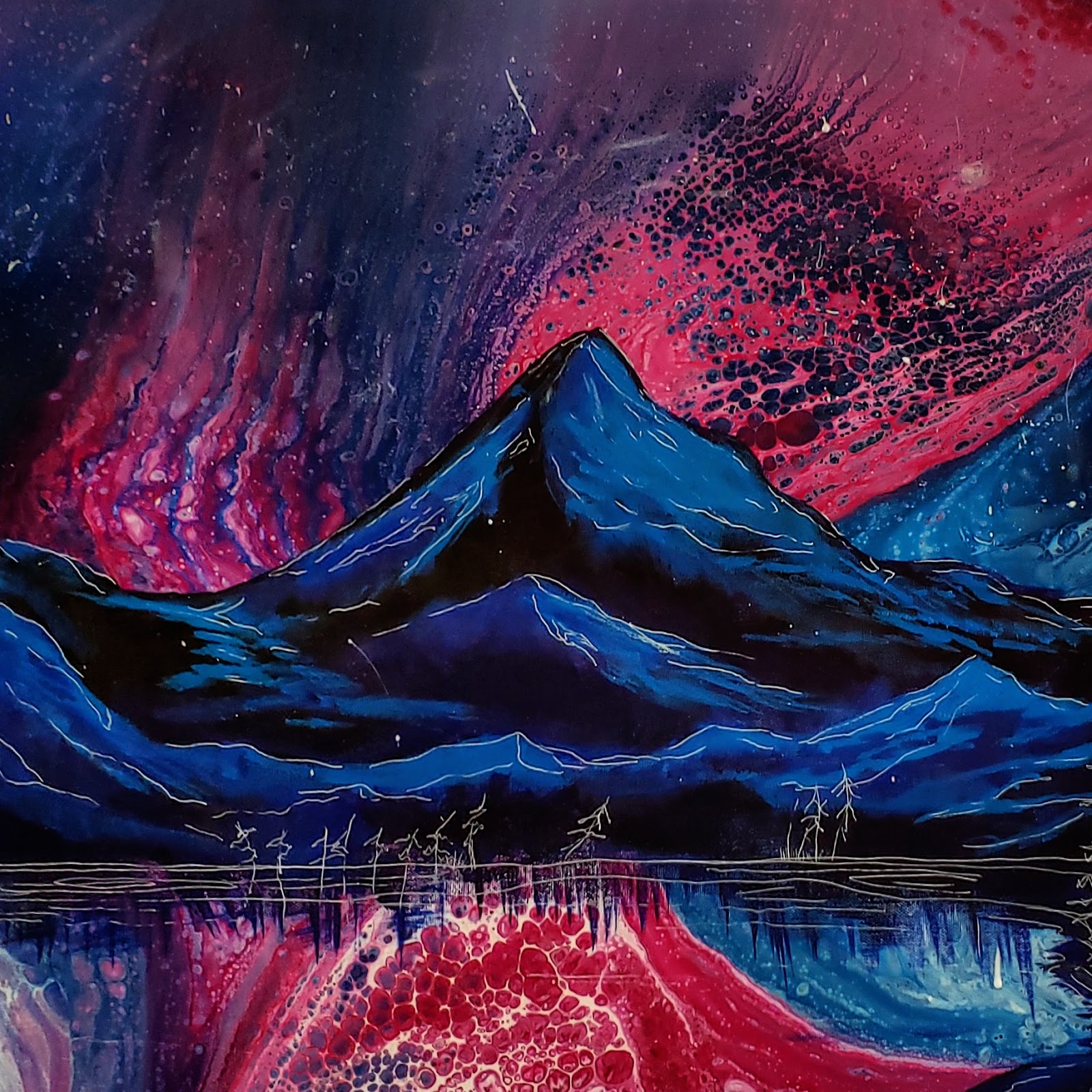 For my next painting, I waited until my studio was a steady 71 degrees and mixed another batch. Even though the resin and hardener were still noticeably thicker than other brands I’ve used like Pro Marine, I found that the warmer temperature made it easier to spread on the painting itself, with less bubbles. The final product was beautiful! Perfect clarity and a crystal shine are definitely enough for me to use this to seal paintings again….maybe not when it’s below 70 degrees, however.

Sealing cons: Thicker viscosity can make it difficult to achieve an even surface using the flood coat method. 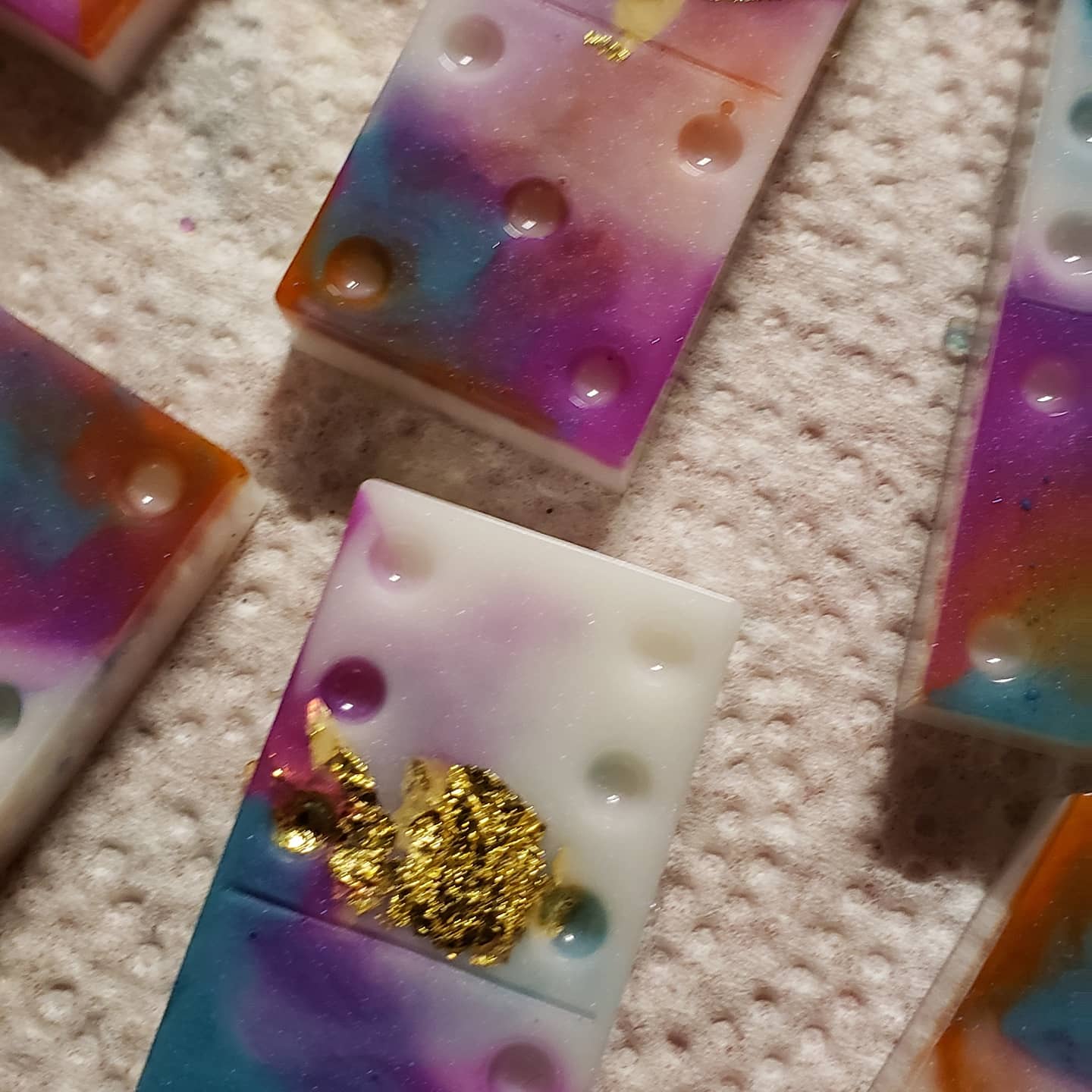 Confession time…I am a silicone mold ADDICT. I’d like to say that all of these molds serve a purpose, but honestly, a lot of them sit unused because I’m just not sure where to start with them.

One of these unused molds came from Etsy a few months back, and I hadn’t found the right resin for them yet: dominoes! I’ve wanted a set of dominoes for some time now, and creating a custom set seemed like a good way to test the Artist Resin.

I was a little nervous, having just experienced the thickness of Artist Resin with the two paintings I sealed. I’ll admit, that thicker viscosity made it difficult to get the right amount of resin into the smaller domino molds, but after pouring a few dominoes, I was able to nail down a smooth system of using a stirring stick to slowly feed the resin into the mold’s corners and dips.

For this project, I used Arteza’s Iridescent Acrylic Paints as a colorant and they worked perfectly in Counter Culture’s Artist Resin! The cured dominoes were shiny and luxe, but with one fault; even after 48 hours, I noticed that they were a bit too flexible. I ended up bending one while taking it out of the mold, so I left the others to cure for an additional 24 hours, and they were finally hard enough to safely unmold. I would recommend that, if using this product for casting, you allow a bit more time for it to cure if you’re removing the resin from an especially troublesome mold.

For the second project, I used a large tray mold and chose some dreamy white and blue colorants to create a sort of galaxy/ocean hybrid piece.

This time, I had no issue with the thickness of the Artist Resin because I was working with such a wide area, and I didn’t need to worry about spreading the resin over the edges of something; it filled the tray nicely, and leveled out perfectly. I did a second layer with a bit of glitter, and I’m happy to report that the glitter suspended beautifully in the resin and did not clump in one area. For the last layer, I used clear resin to seal in a few previously created resin fish, and waited 72 hours before un-molding. 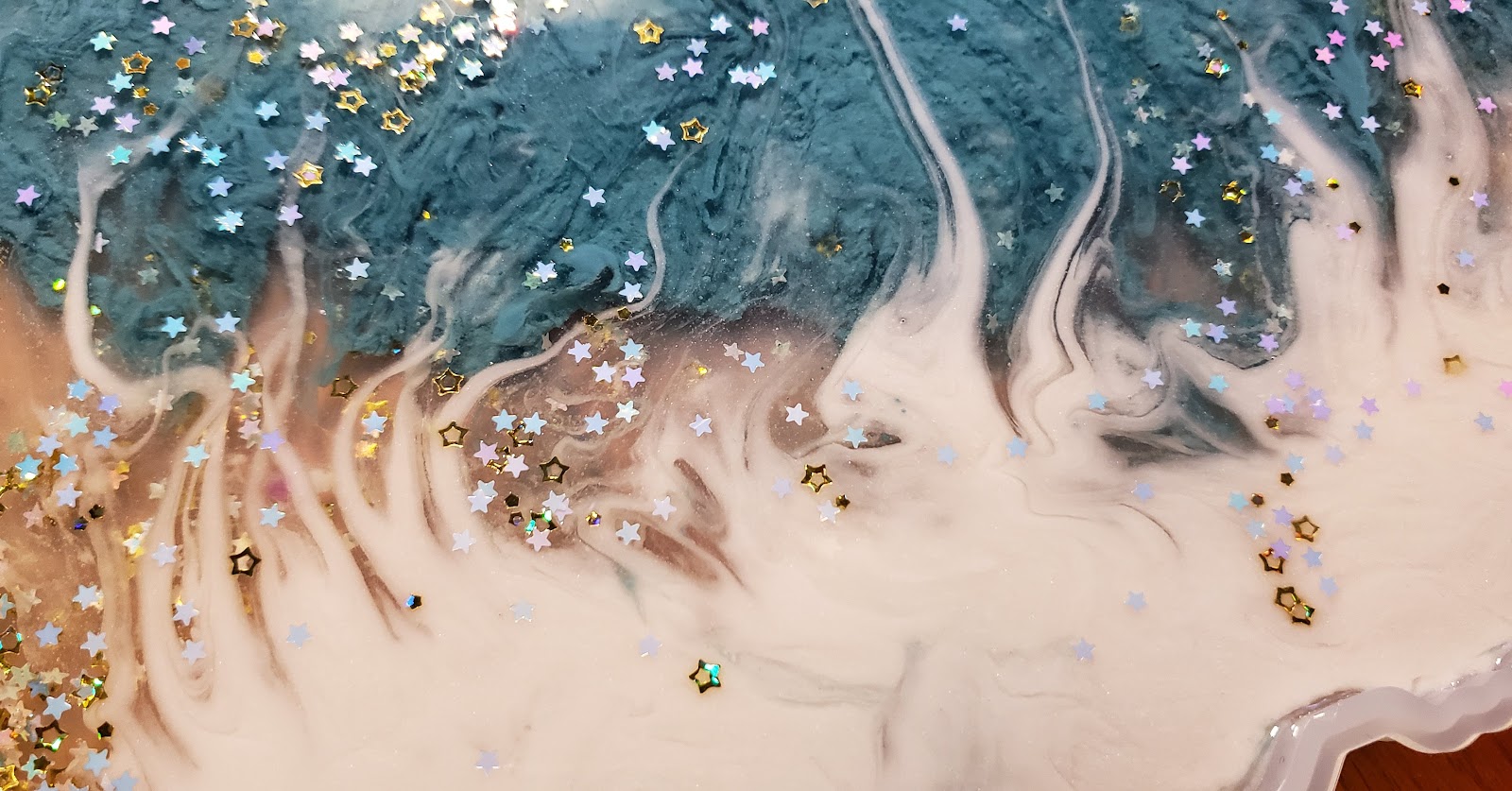 The tray turned out great! I noticed no imperfections in the resin; no dips, divots or holes where bubbles might have been, no cured frothiness around the edges, and no discoloration. After unmolding, I was pleased to find that the entire piece was cured, with no excess or uncured resin present. And, in an accidental test of durability, I dropped the tray on my kitchen floor, which is wood, and there wasn’t a dent on it….I’d call that a success!

Casting cons: Thickness can make it difficult to guide the resin into smaller molds, wait an additional 24 hours before unmolding to avoid accidentally flexing your project. 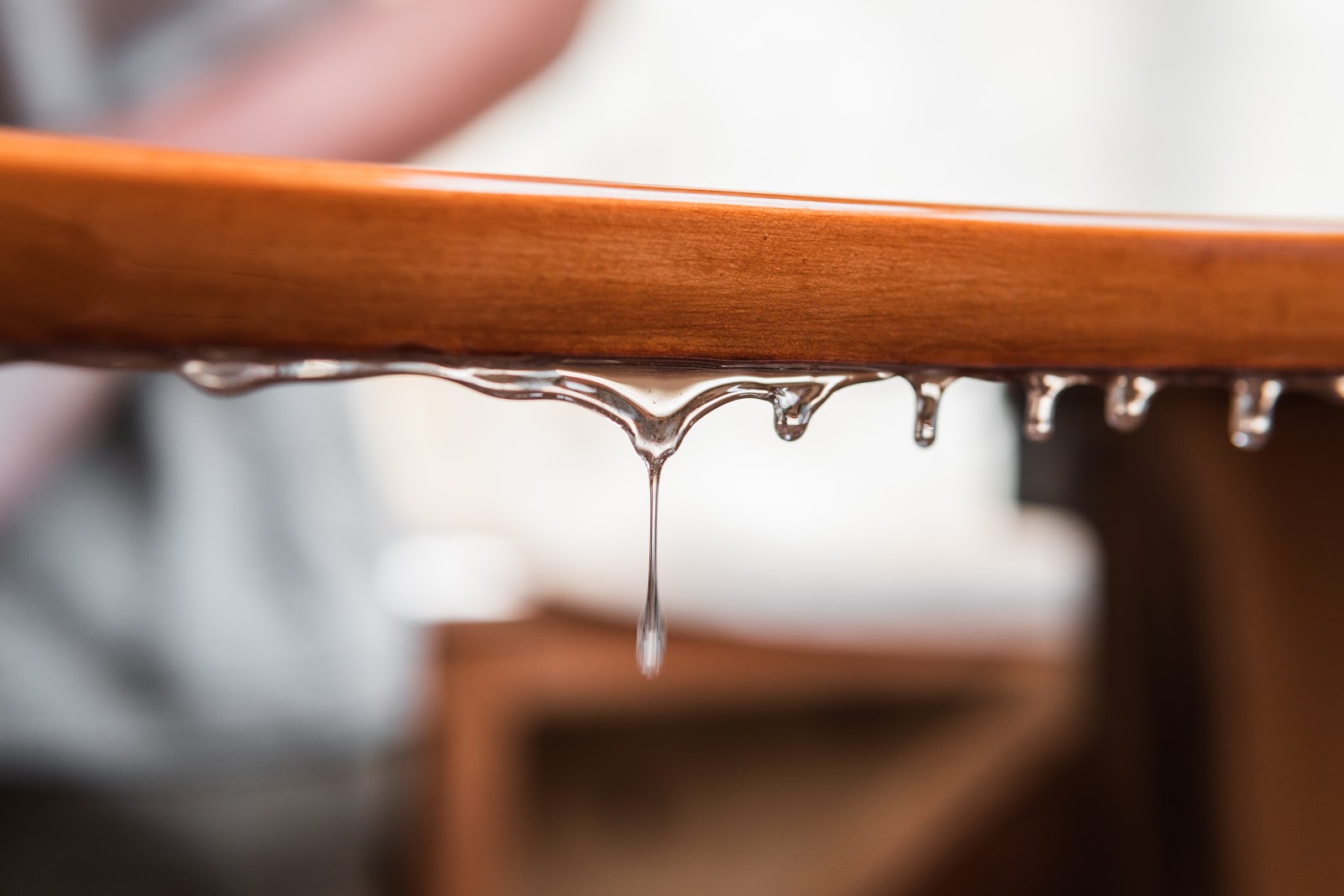 Counter Culture DIY Artist Resin has quickly become one of my favorite resin products. I’ve used Pro Marine, Famowood and ArtResin, and each of them have pros and cons; but if you’re looking for a resin comparable to high-flying brands like ArtResin and Pro Marine, look no further than Counter Culture DIY Artist Resin…just don’t blame us if you end up with a boxload of colorants and glitter, too!

Have you used Counter Culture DIY resin products? We’d love to see your work in our Facebook Group! Show us your beautiful creations, and let us know what products you’d like to see reviewed next.