A huge thank you to Stephanie of Deliberately Creative for testing out all of these alternative mediums for the acrylic pouring community as large!

If you don’t have easy access to, or the budget for, some of the more expensive branded pouring mediums to use in your painting, how do the cheaper and more easily available pouring mediums work out. Check out how they perform in this fun comparison experiment. There are 2 videos to watch.

There are a lot of different options for medium alternative, some are more household some are a little bit more artsy, but everything in this video is a quality cheaper alternative. But let’s see how everything stacks up when the paint gets flowing.

All of the paints in this video are mixed with four ounces of pouring medium and pigment powders. Pouring four ounces makes it easier to divvy up the paints evenly into the smaller cups for the experiment. You’ll want three cups of color and one cup of plain pouring medium for this experiment. Because this is an experiment, all of these canvases were prepped the same way, painted black and then spattered with titanium white to create a star look, it’s not a requirement just a little something extra!

Starting with the Behr Premium Plus, mix everything very thoroughly to make sure that the half a teaspoon powders are fully incorporating into the medium. Make sure the paint is smooth with no color chunks before you call it a day on the mixing. Complete these steps with the Golden polymer and the Elmer’s glue and let them set for about 10 minutes before stirring one more time. What you’ll notice as you’re mixing is the differences in color in each medium cup. In this case the Golden polymer produced a richer, more metallic and vibrant paint cup than the Behr and Elmer’s which both produced more of a pastel hue.

To create a consistent consistency across each medium’s pour cup, five milliliters of water was added to the Elmer’s and Behr cups, otherwise they would have been too thick for a proper pour. The Behr pours best after being freshly stirred.

Using your color less medium cup, begin spooning medium onto your canvas, coating the canvas completely. Next, begin pouring your pigments, in this video stripes are being poured going from the bottom right of the canvas up to the right with the tongue depressors to keep everything smooth and even. Keep your colors in their own rows so you can see more results when you begin to tilt. When color is distributed to your liking, begin tipping and tilting your canvas to get the paint moving. Try to avoid over mixing!

What you might find, as was found in this video, is that the Elmer’s medium had little movement and dried quickly so requires more speed in its attention. In the video, because of its thickness, a straw was used to help spread the color after tilting was completed.

The Golden polymer also moves slowly as tilting begins and colors stay more distinct without much blending from just tilting. When air manipulation is introduced, there is plenty of movement and a lovely cloudy quality to the metallics over the medium.

Spreading the Behr glaze over the canvas is like “spreading pudding” because of its thickness. You will need to stir each of these pigmented paint cups before pouring to make sure that it has the proper amount of movement. While tipping, the Behr glaze has the most movement, despite how thick it is, but the colors also remain completely separate, even after using the straw.

All of the medium’s dried clear, for the most part, but with different textures and appearances. The Behr medium dried with a matte finish that lets the Pearl Ex pigments metallic shine through but with a cloudy finish rather than a clear one. The Elmer’s glue also has a bit of a cloudy look to it and had some pooling toward the left side of the canvas, the metallic also shines through. The Elmer’s creates the illusion of texture from the paints movement but does finish flat. The Elmer’s Glue All is not acid free so will have it’s problems in the future, you risk cracks and deterioration in the future. Finally, the Golden finished with an exceptional glossy finish, though the pigments created some texture and there was some bubbling that created tiny holes.

From the findings of this video, Golden was declared the winner of this alternative medium mixing experiment! Give the winner or the runners up a shot during your next pour!

For this experiment, there is a controlled element in the use of Liquitex’s Pouring Medium. Because it’s a widely used and accepted medium every other product will have its finish against the Liquitex pouring medium. Mod Podge is the cheapest product  used in this experiment so keep your fingers crossed for a favorable result!

As in part one, the medium will be divided into four cups; three with color and one without. For the pigment cups, you will again use about half a teaspoon of your Pearl Ex powder. Something we learned from part one is that letting the pigment powder and medium sit together for about five minutes helps the color and consistency. When mixing, be sure to scrape the sides to make sure all of the pigment is incorporated, but don’t mix too vigorously or you’ll create bubbles.

Both the Golden GAC and Mod Podge created muted pastel colors. Mod Podge needs twice as much effort to get the pigment powder incorporated but there still happened to be specks of powder left over, Golden GAC had a similar mixing problem but allowing it to sit a while longer could be a solution. The Liquitex Gloss and Varnish created the richest color and the most metallic finish compared to the Liquitex pouring medium, but it does have the thickest consistency and required water to cut it down. The thickness also made bubbles an issue during mixing because of the folding. After four milliliters of water was added, everything was stirring like clockwork!

These canvases were prepped in the same was as the first set of canvases, a black canvas with a star splatter to test the transparency of the mediums after they’ve dried. Spread the medium  over your canvas and in that same striping motion spoon your paint over the canvas. Tilt, tilt, tilt, and then grab your straw.

Liquitex pouring medium has a little flow to it and the colors spread and incorporate into each other very well after air manipulation has been applied. The Mod Podge, the thickest of this set of mediums, might need some stirring if its been left to sit before spreading it over your canvas. Very little movement occurs with traditional tilting, because it’s so thick a little shake comes in to play, but it does thin out well when the straw is used. The colors are difficult to see against the medium background because they are so pastel. GAC-800 bubbled a little when the plain pouring medium was applied to the canvas but it has a good amount of flow when you apply tilting and air manipulation. An interesting thing happened when applying the pigmented paint to the medium with the Gloss and Varnish, it had a tendency to skate off the canvas if the tongue depressor wasn’t applied directly to the varnish, like water on oil. There were a lot of bubbles but air manipulation took care of those and there was a lovely amount of flow.

When everything was dry, of course the Liquitex Pouring Medium had a smooth and glossy finish that highlighted the metallics, exactly what is to be expected. The Mod Podge took the longest to dry and has some texture to it because of how thick the medium was but it dried clear and had a lovely shine with no cloudy finish. Chalk that up as a win for the Mod Podge! The color of the GAC-800 are a lot more subtle and muted than the other mediums, but the finish is glossy and smooth and creates a beautiful pour. The Gloss and Varnish, unfortunately, cracked after drying. The shiny finish is great and this could be avoided with some thinner layers, but otherwise if cracking is a deal breaker this might not be for you. Gloss and Varnish was used on the Behr pour from the last experiment and it definitely helped to bring out the metallics of that very matte pour. The same method was used with the Elmer’s pour with a similar result.

As was expected, Liquitex pouring medium won the day, but we got some excellent new options to try out in our next pours! 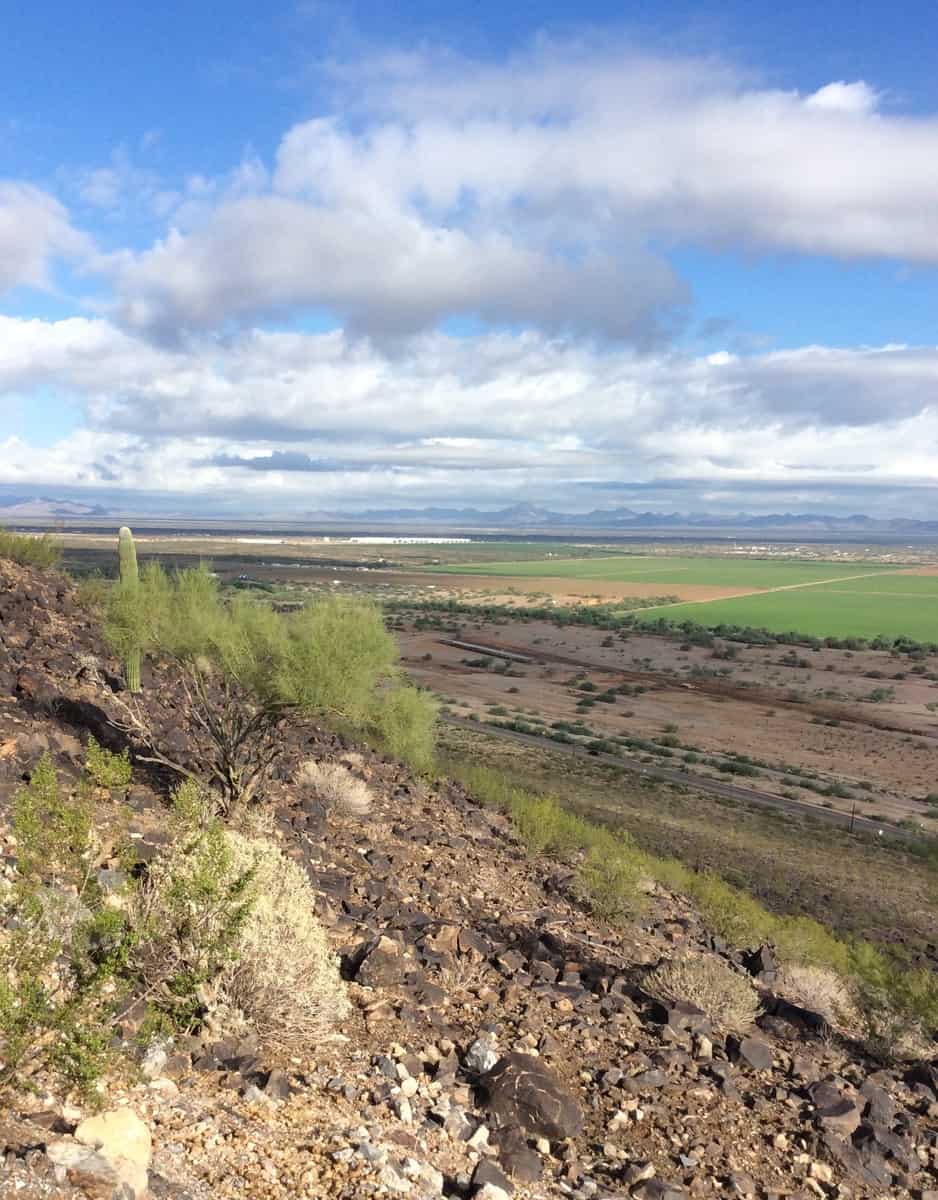 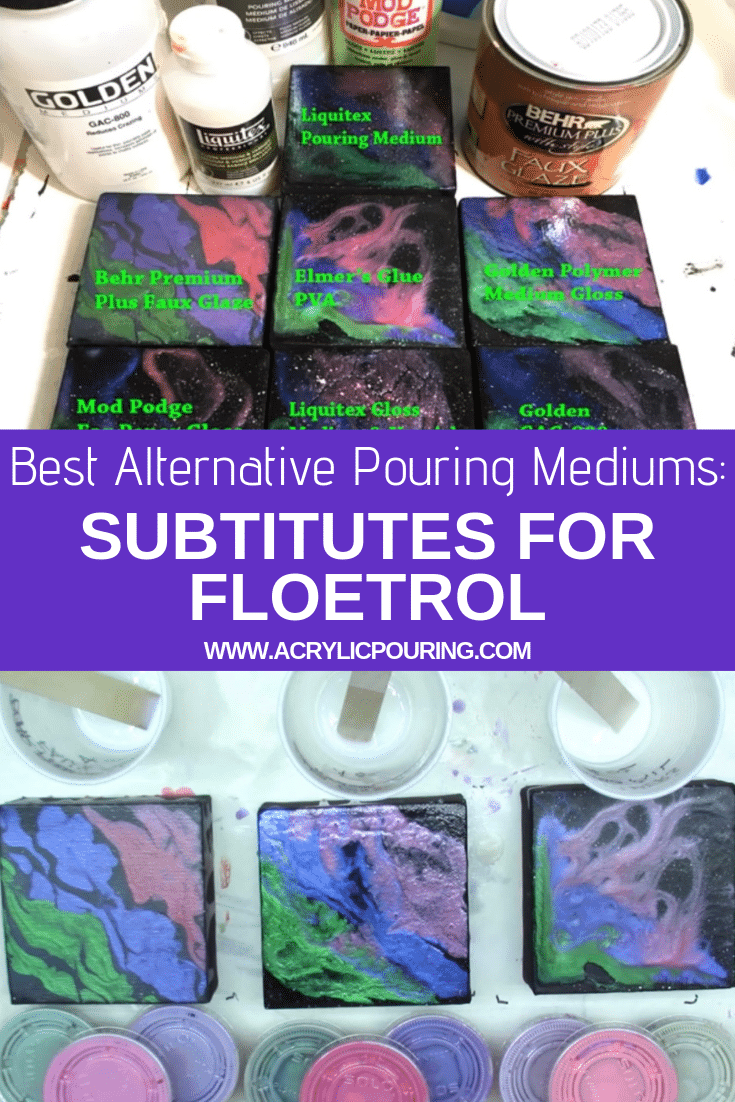 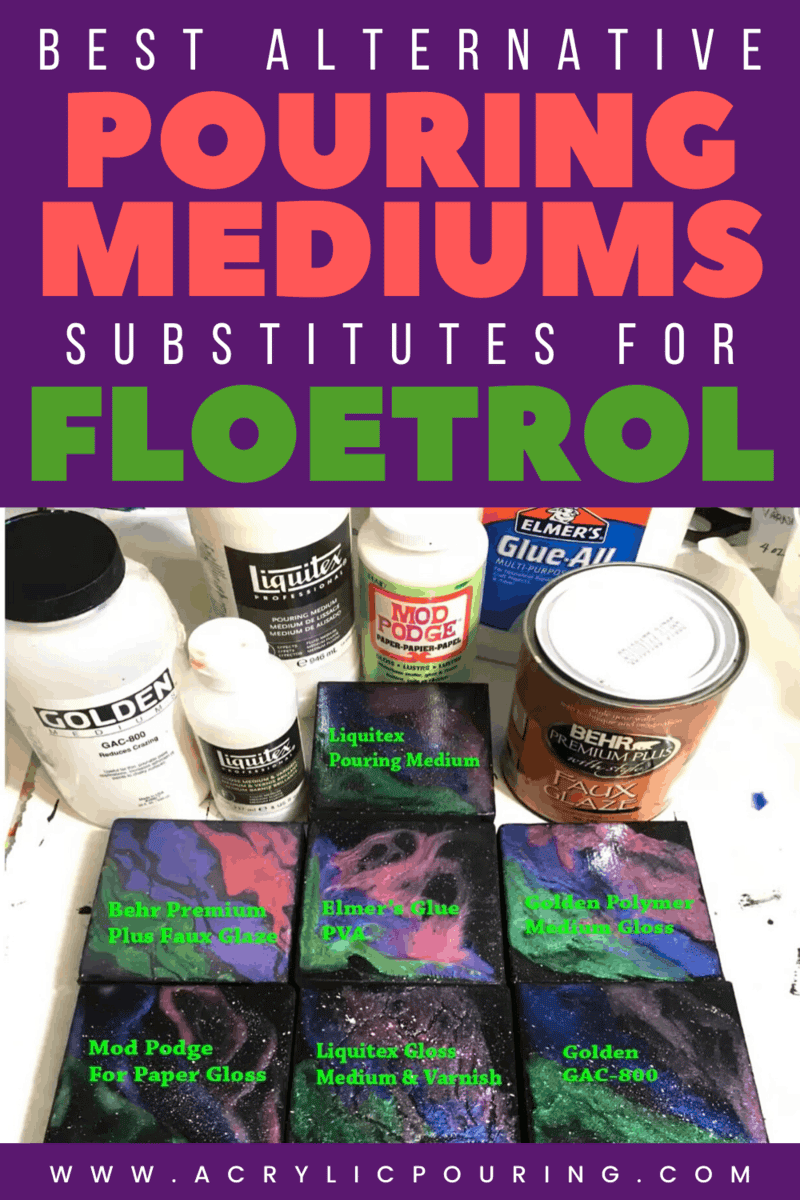