That crisp fall air has filled me with inspiration, a spooky kind of inspiration. I’ve come to think of this pour as: Tape, take two! That’s right, I gave that tape embellishment technique another try, but this time with a Halloween theme.

I love fall, I’m convinced that I am the best version of myself during autumn. So I was hoping that those good vibes would manifest in some great art to jazz up my house a little bit in time for Halloween. What says Halloween more than a Jack-O-Lantern?

I had these metallic paints from a wreath I made a few weeks ago and decided that they must be poured. I also picked up this orange that was much more orange than I thought it would be just judging from the tube. It was almost aggressive in how orange it was, but I soldiered on.

I used that same roll of painter’s as my last attempt, so I’m sure you can guess that I had a little bit of leakage, but not nearly as much, probably because the taped off areas were so much bigger.

This time around, I decided a swipe was what I needed. I was hoping it would get me a drippy effect and that the glitter in the metallic paints would make it seem like fog rolling in or ink hitting water. I basically had the slime effect of the Goosebumps letters in mind, combined with the Pensieve from Harry Potter.

In my mind, my swipe color was going to be black, but then as I was looking at everything in their own mixing cups, the black looked just a little too dark—so I lightened it with just a pinch of white and I was much happier. Still nervous about the bright, bright orange I started setting up my canvas. The metallics mingling with the orange created this really surreal glow around the orange and I felt so much better. I knew these colors were going to work, they were the epitome of fall. 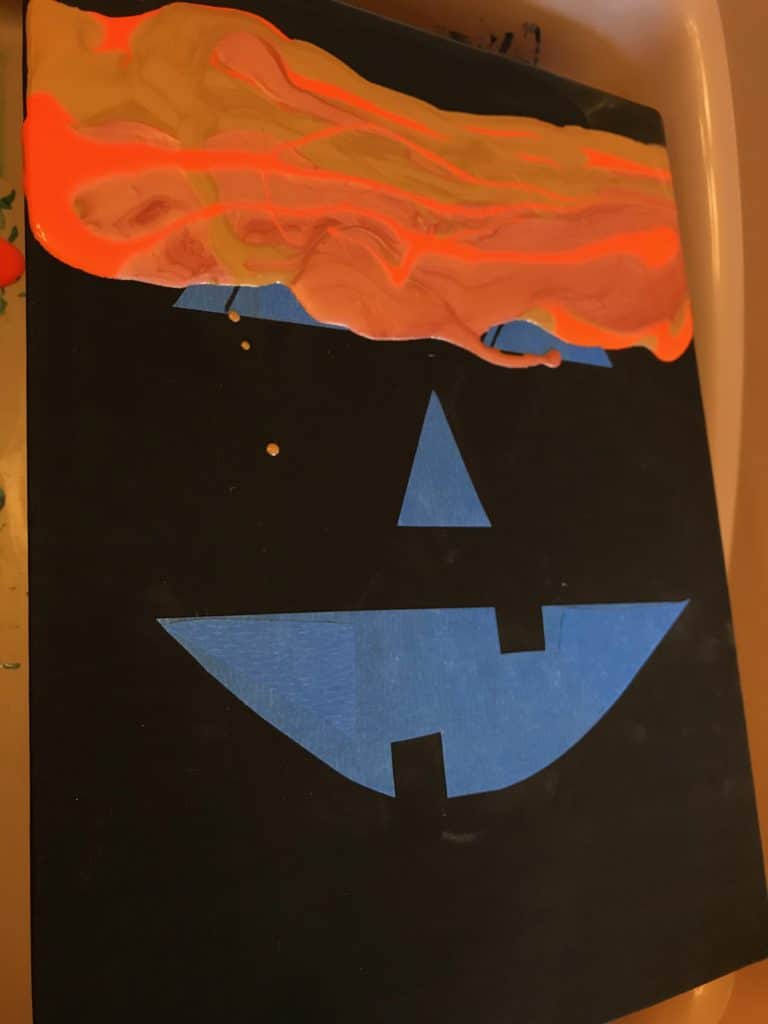 I wound up having to swipe a few times to get everything to drag all the way down, (I blame my lack of practice and the bargain brand paper towels in my kitchen.) But after a few swipes everything was looking stunning, if I do say so myself. The colors were working together, the swipe color was streaking through in some long cells, I was feeling great. 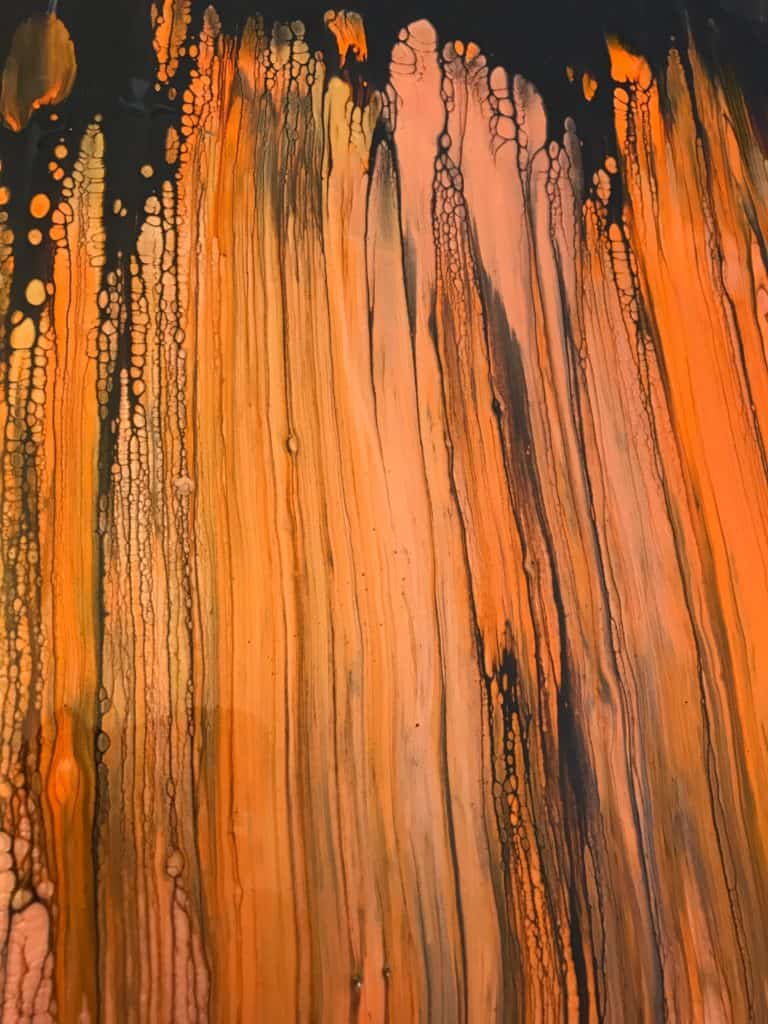 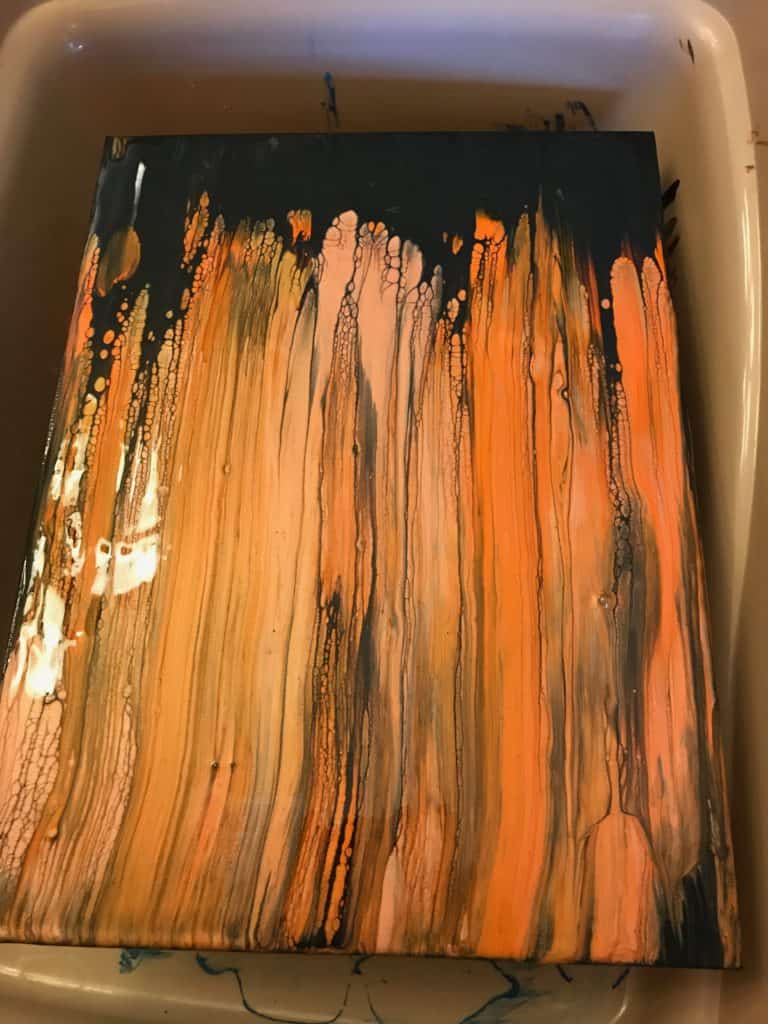 And then it was time to peel the tape.

Because the tape was totally covered by paint this time, I had to be super careful not to dig my nail through the canvas or rip the paint up with the tape. There was a little bit of tearing where the paint was thicker but I touched it up with some of the metallic no problem. This time I did decide to clean up the bleeding that happened in the outlines, it just felt more like a Jack-O-Lantern that way.